The Royal Palace, in Phnom Penh, Cambodia, is a complex of buildings which serves as the royal residence of the king of Cambodia. Its full name in the Khmer language is Preah Barum Reachea Veang Chaktomuk Serei Mongkol. The Kings of Cambodia have occupied it since it was built in the 1860s, with a period of absence when the country came into turmoil during and after the reign of the Khmer Rouge. The palace was constructed between 1866 and 1870, after King Norodom relocated the royal capital from Oudong to Phnom Penh. It was built atop an old citadel called Banteay Kev. It faces approximately East and is situated at the Western bank of the cross division of the Tonle Sap River and the Mekong River called Chaktomuk. 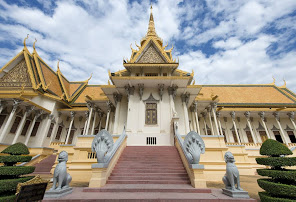 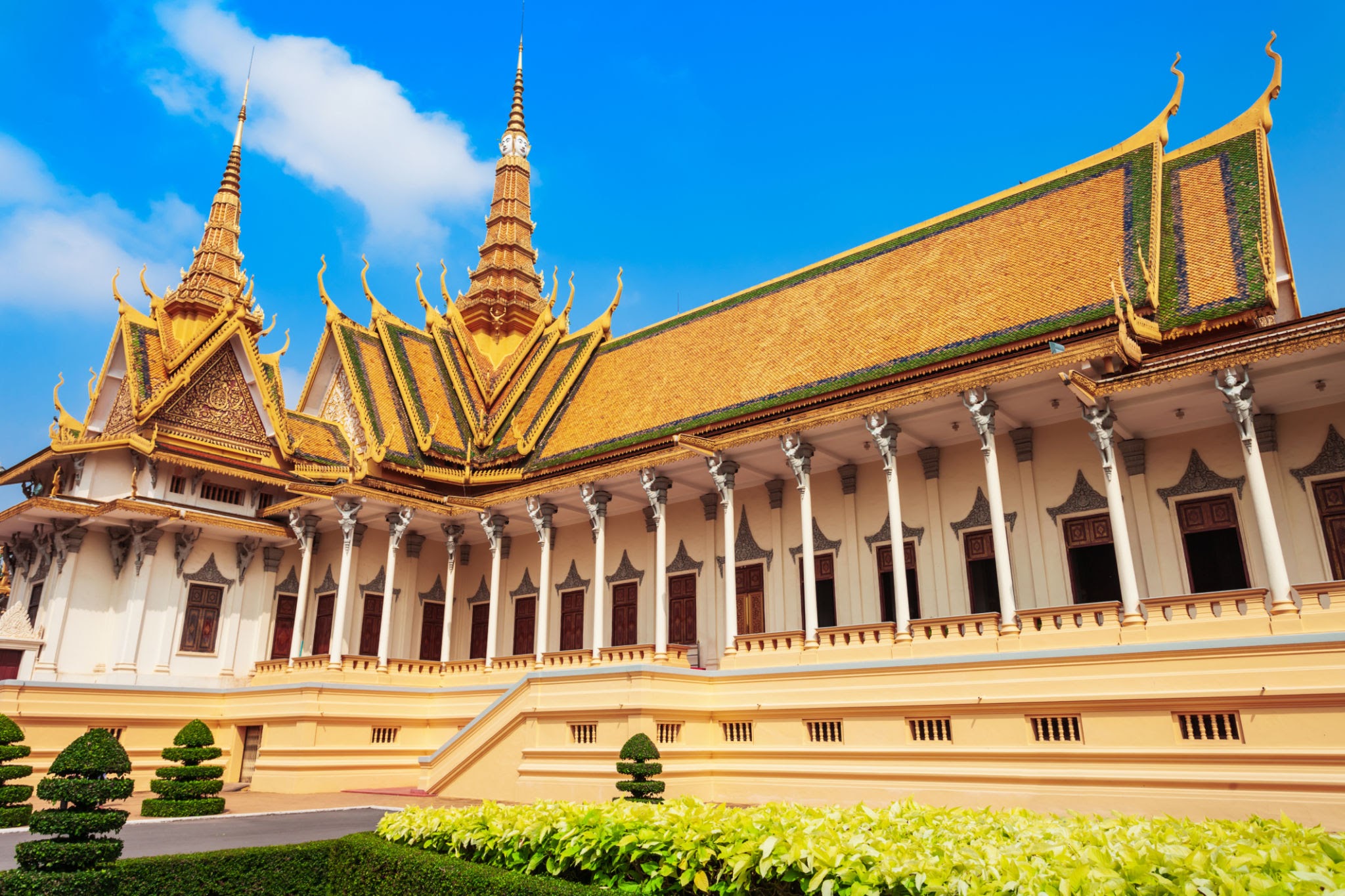 Wat Phnom is a Buddhist temple located in Phnom Penh, Cambodia. It was built in 1372, and stands 27 metres above the ground. It is the tallest religious structure in the city. The pagoda was given the name of Wat Preah Chedey Borapaut. Wat Phnom is the central point of Phnom Penh. 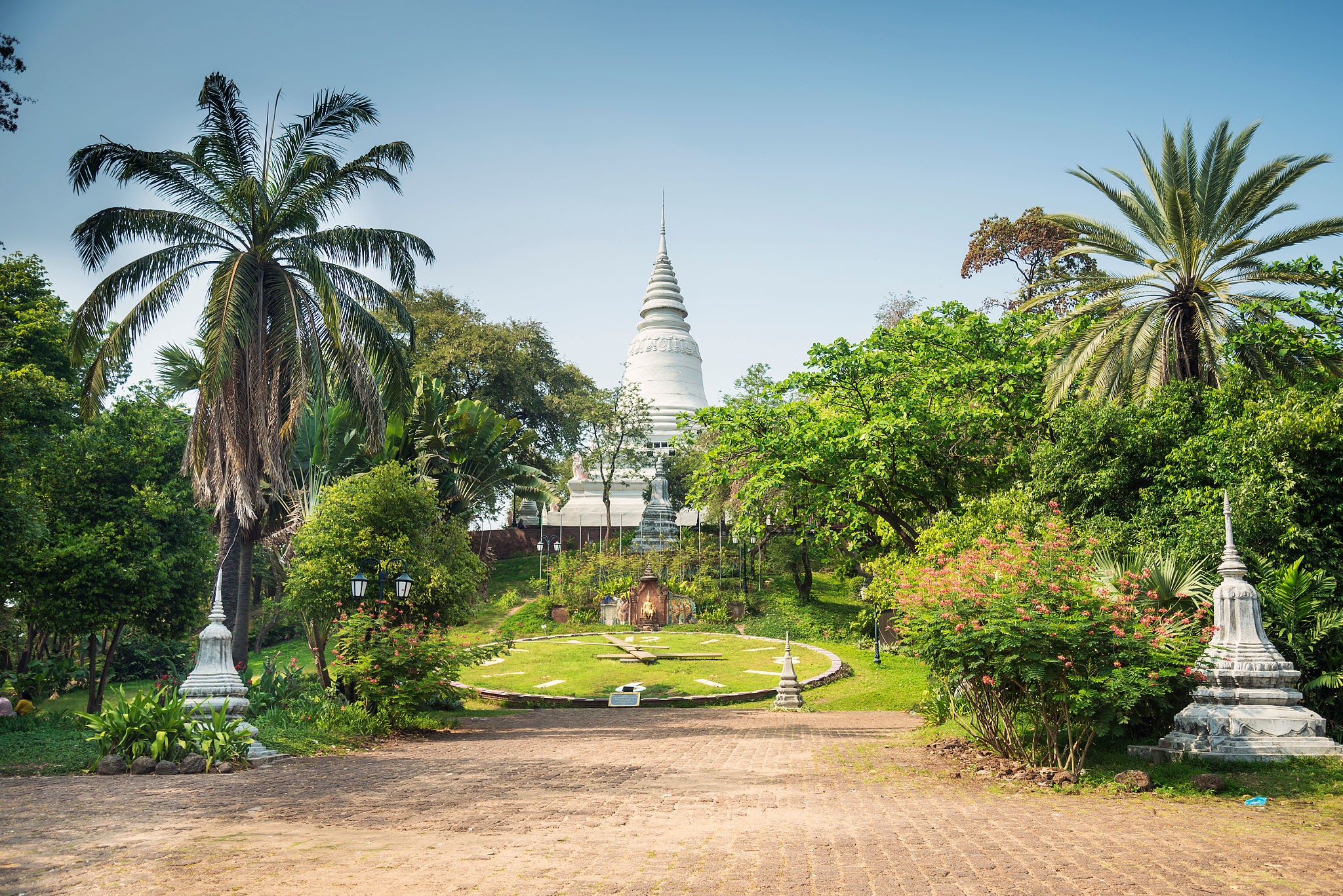 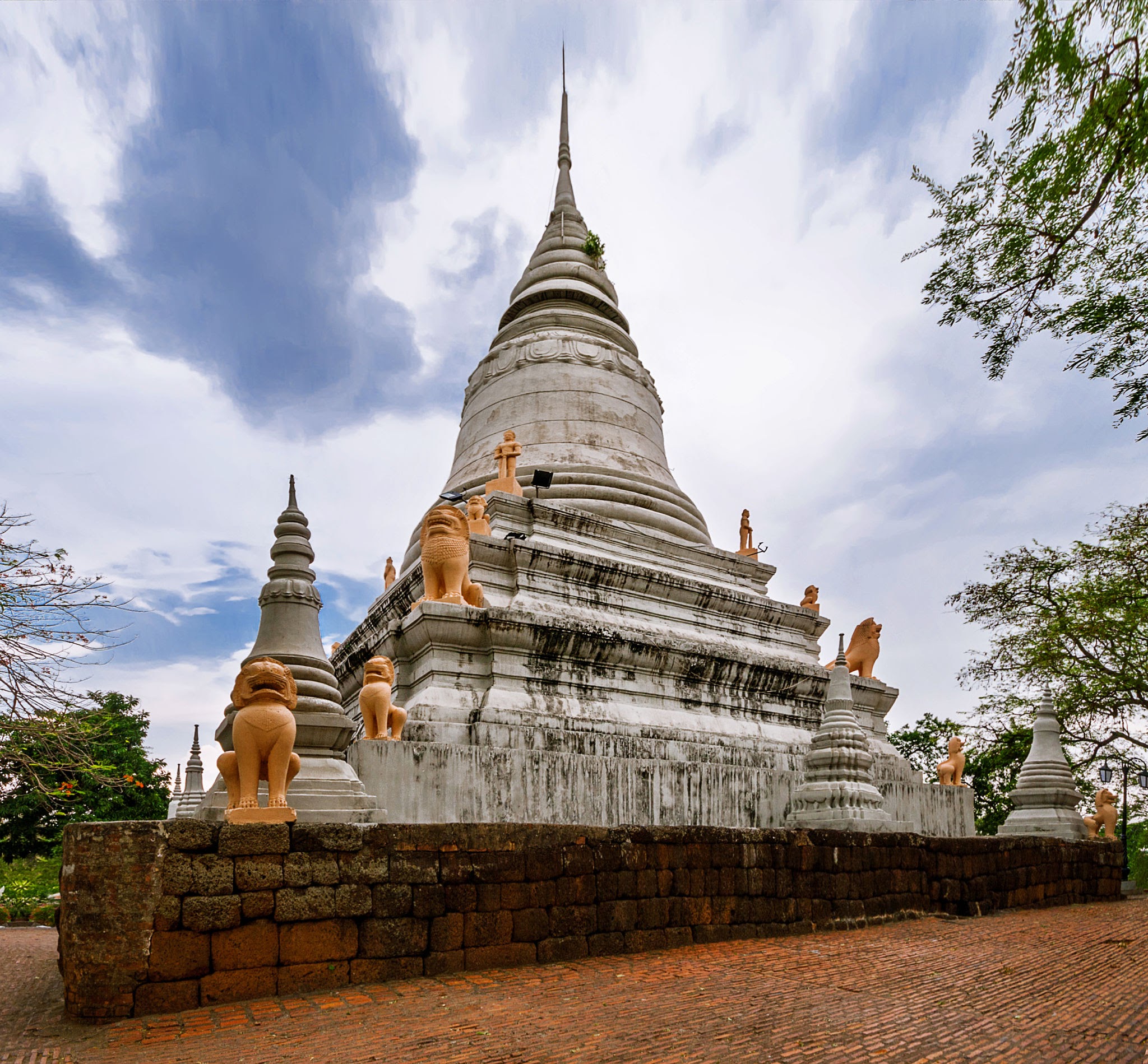 The Tuol Sleng Genocide Museum is a museum in Phnom Penh, the capital of Cambodia, chronicling the Cambodian genocide. The site is a former secondary school which was used as Security Prison 21 by the Khmer Rouge regime from its rise to power in 1975 to its fall in 1979. From 1976 to 1979, an estimated 20,000 people were imprisoned at Tuol Sleng. Tuol Sleng means "Hill of the Poisonous Trees" or "Strychnine Hill". Tuol Sleng was just one of at least 150 torture and execution centers established by the Khmer Rouge, though other sources put the figure at 196 prison centers. On July 26, 2010, the Extraordinary Chambers in the Courts of Cambodia convicted the chief of Tuol Sleng Prison, Kang Kek Iew, for crimes against humanity and grave breaches of the 1949 Geneva Conventions and sentenced him to life imprisonment. 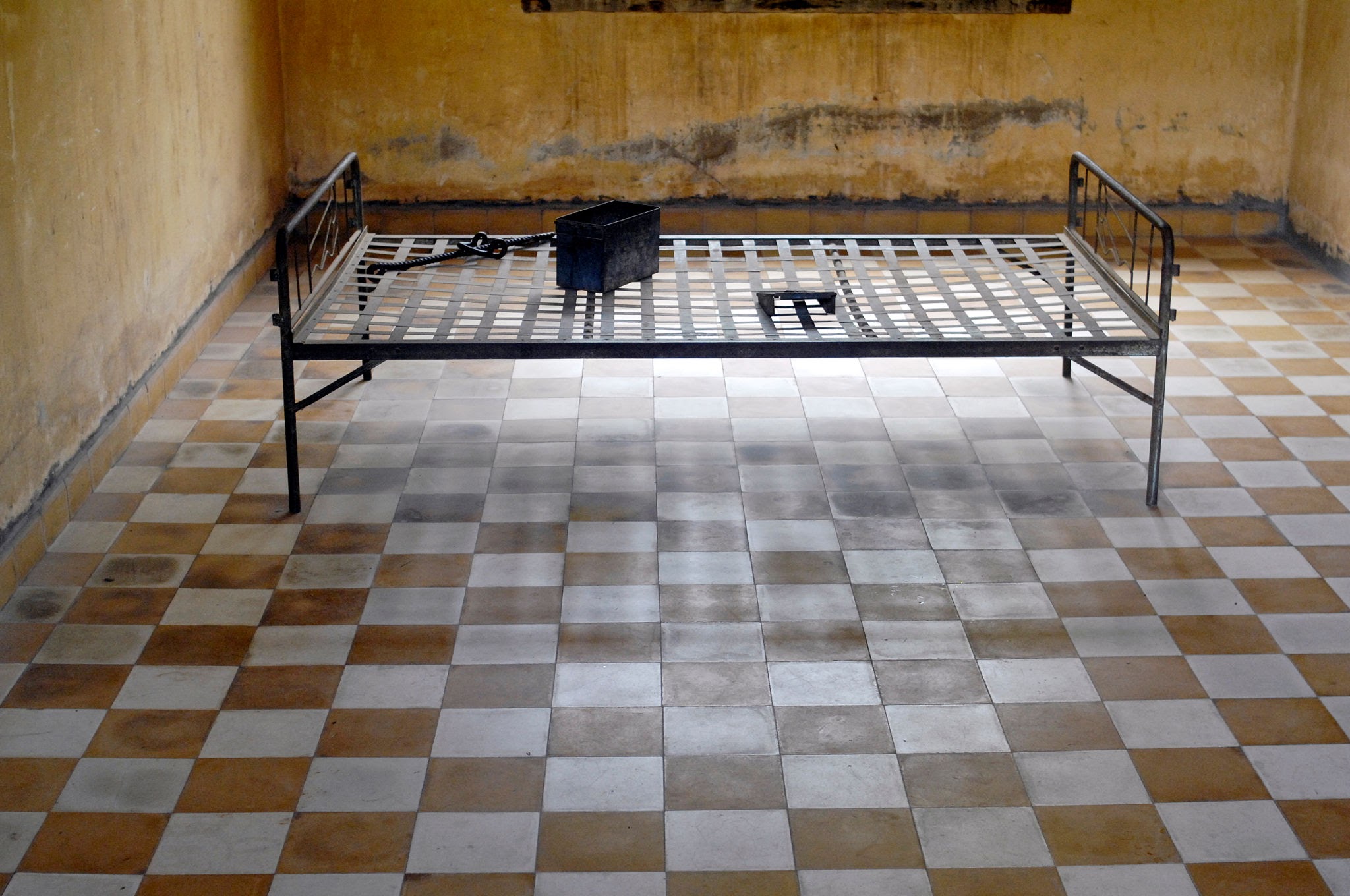 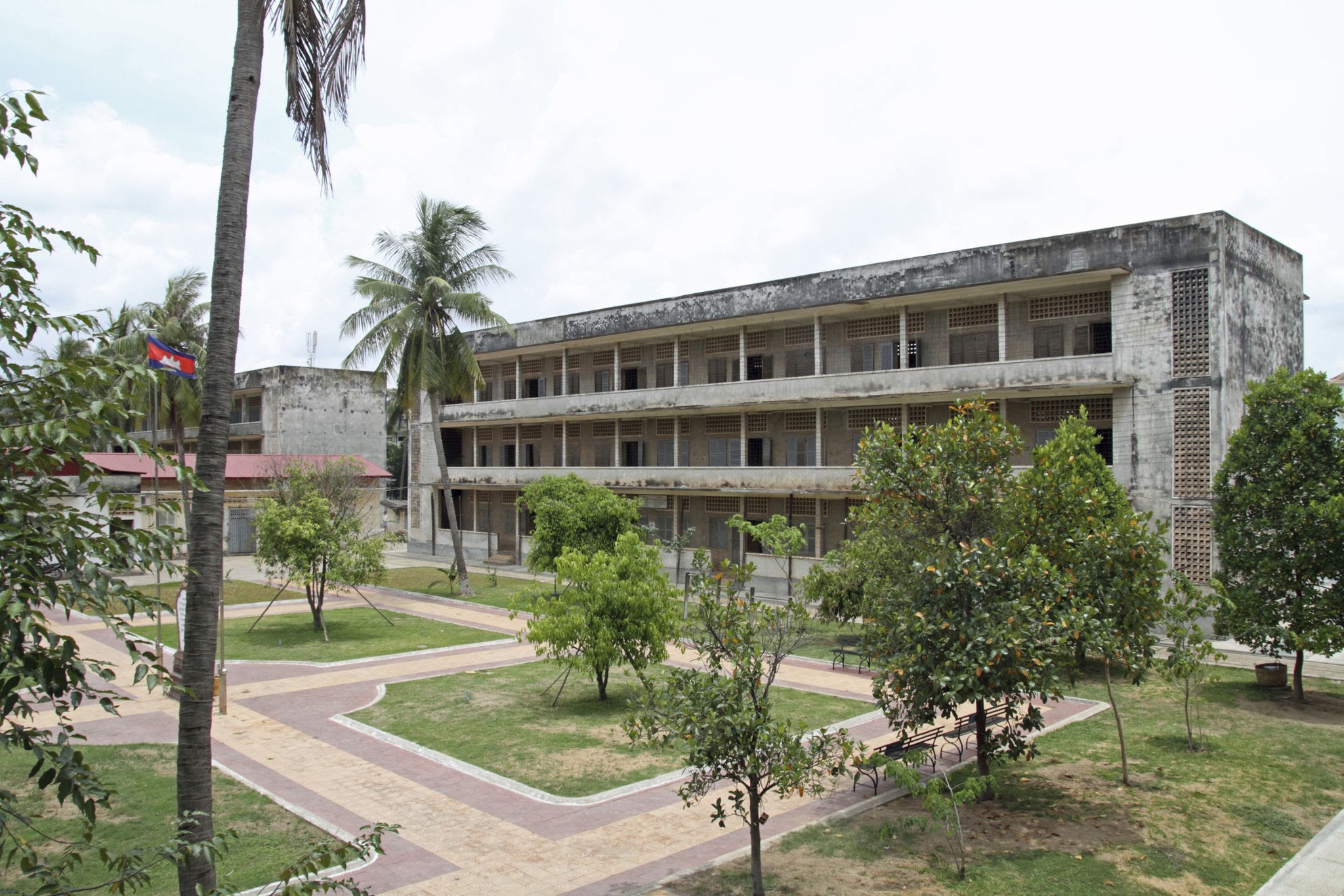 The Silver Pagoda is located on the south side of the Royal Palace, Phnom Penh. The official name is Wat Ubaosoth Ratanaram as known as Wat Preah Keo Morakot which is commonly shortened to Wat Preah Keo in Khmer. The vihara houses many national treasures including many gold and jeweled Buddha statues. The most significant are a small green crystal Buddha, and a life-sized gold Maitreya Buddha commissioned by King Sisowath, weighing 90 kg and dressed in royal regalia and set with 9584 diamonds, the largest of which weighing 25 carats, created in the palace workshops during 1906 and 1907. During King Norodom Sihanouk's pre-Khmer Rouge reign, the Silver Pagoda was inlaid with more than 5,000 silver tiles and some of its outer facade was remodeled with Italian marble. However, only a small area of these tiles are available to be viewed by the public on entering the pagoda. The wall that surrounds the structures is covered with murals of the Reamker painted in 1903-1904 by Cambodian artists directed by the architect of the Silver Pagoda Oknha Tep Nimit Mak. The legend of Preah Ko Preah Keo is also represented by two statues 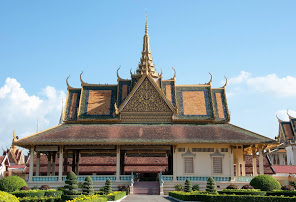 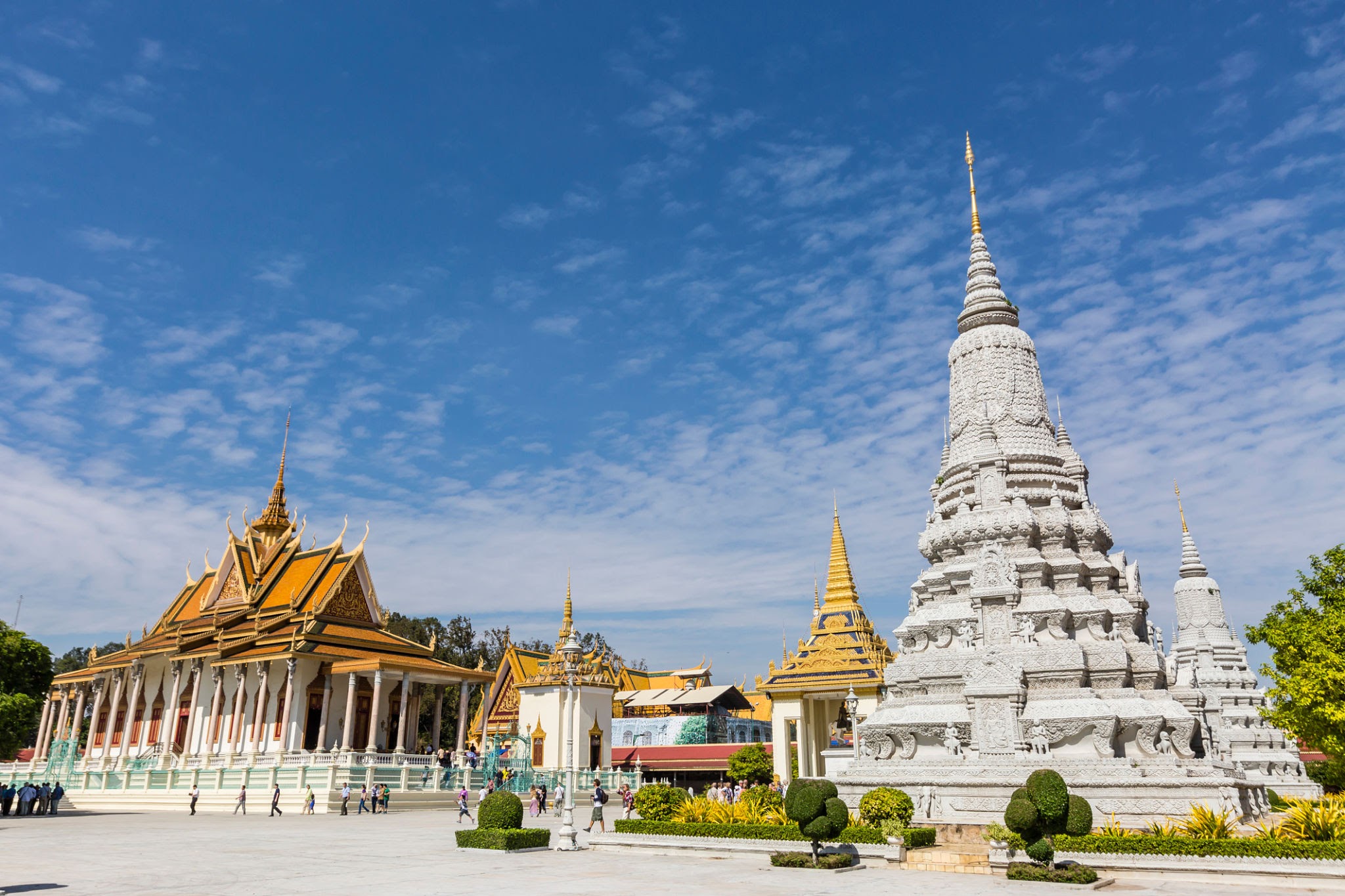 The Central Market is an Art Deco landmark of Phnom Penh, the capital of Cambodia. The bright yellow building completed in 1937 has a 26m high central dome, with four tall arch-roofed arms branching out diagonally across the block, creating vast hallways housing countless stalls and all kinds of goods. Initially designed by city architect Jean Desbois, construction works were supervised by French architect Louis Chauchon. When it first opened in 1937, it was said to be the biggest market in Asia; today it still operates as a market. After Phnom Penh became the capital of the French protectorate of Cambodia within French Indochina in 1867, the population grew enormously and the French set about creating a spacious modern city. The decision to build a market dates back to the end of the 1920s in response to the increase in the population to 90,000 inhabitants. It was decided to build it on a marshland in the center of the Chinatown of the time, but the project did not start until 1934 because of the turmoil of the Great Depression. 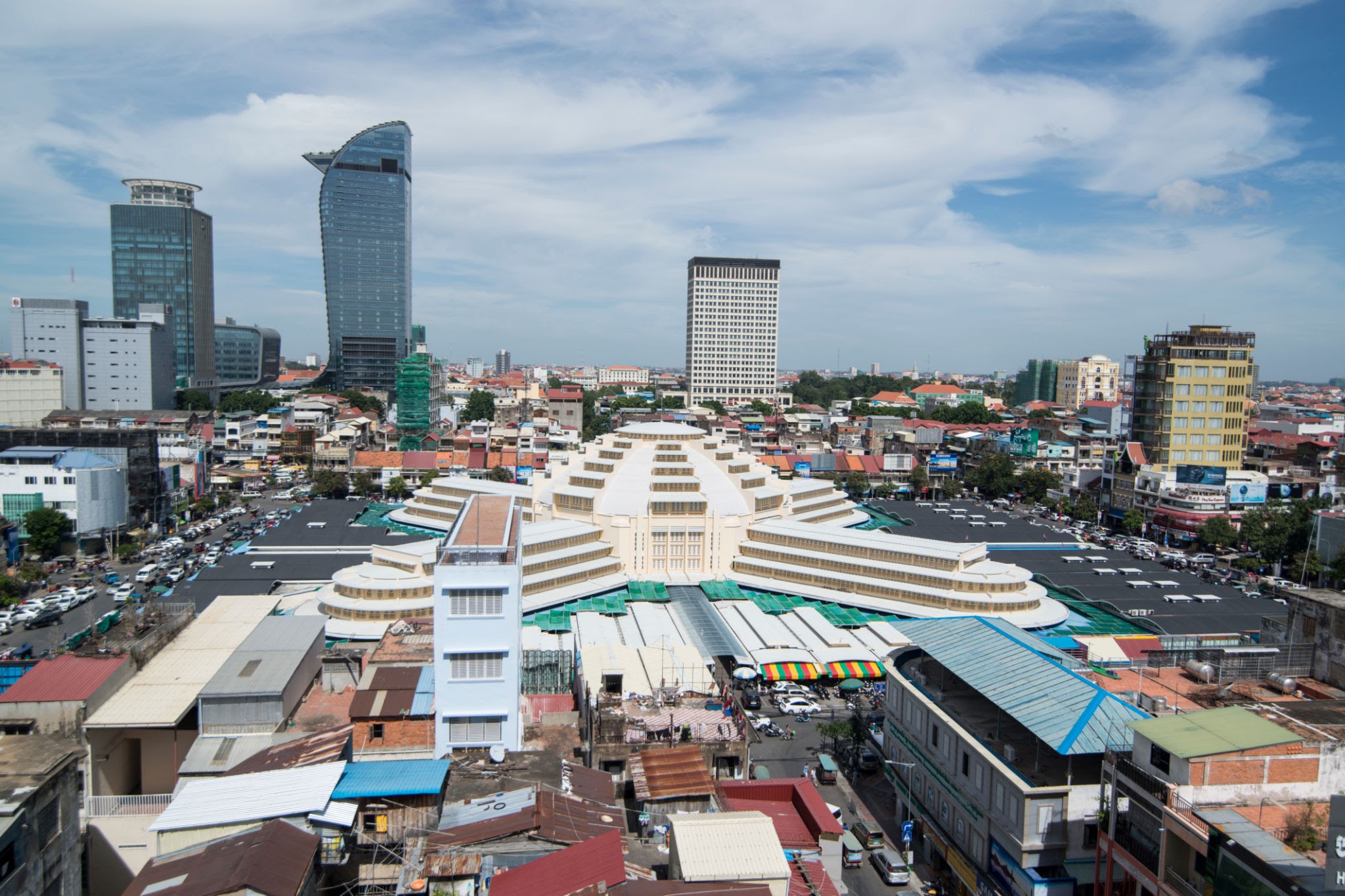 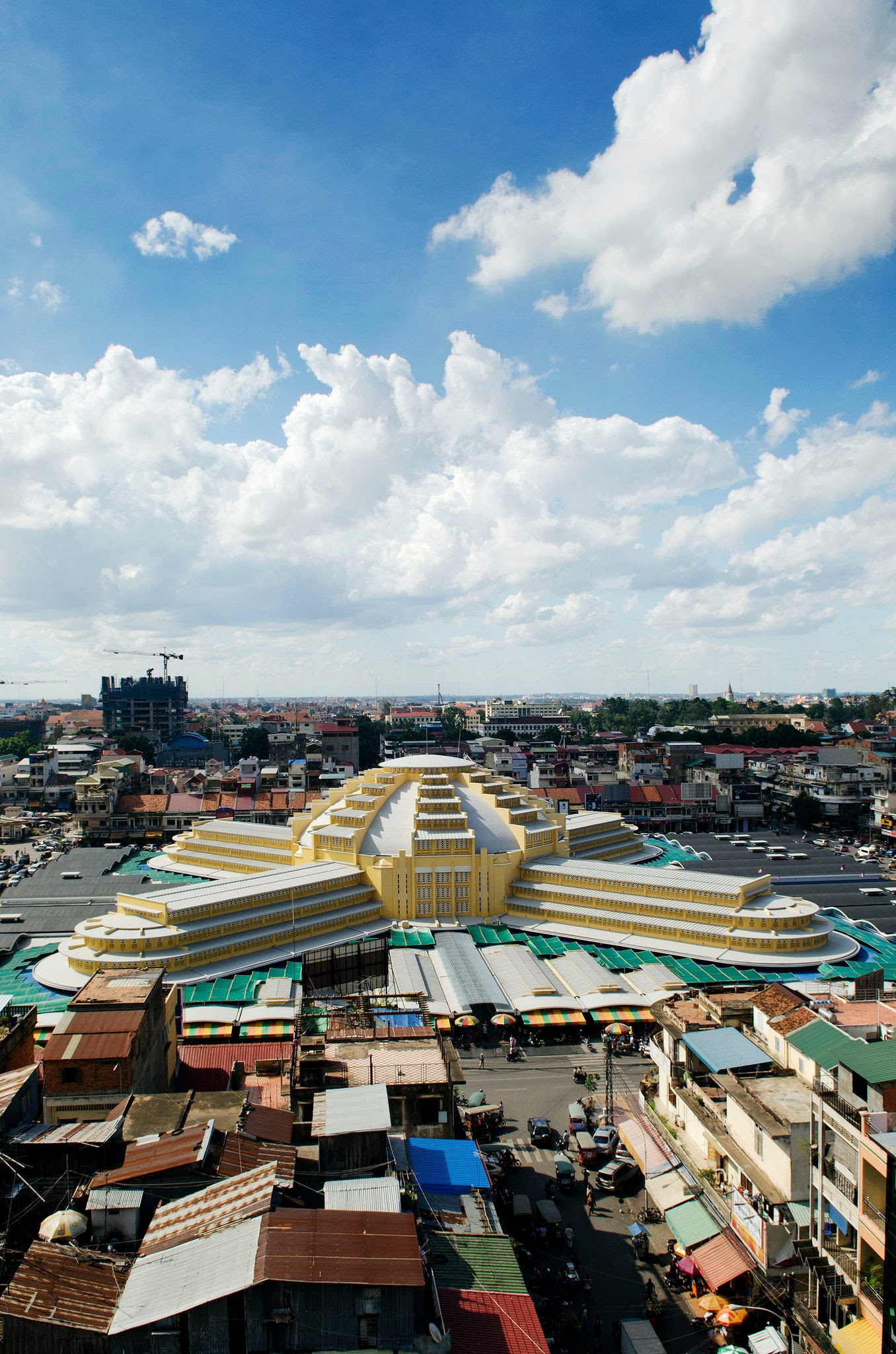 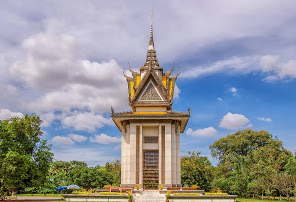 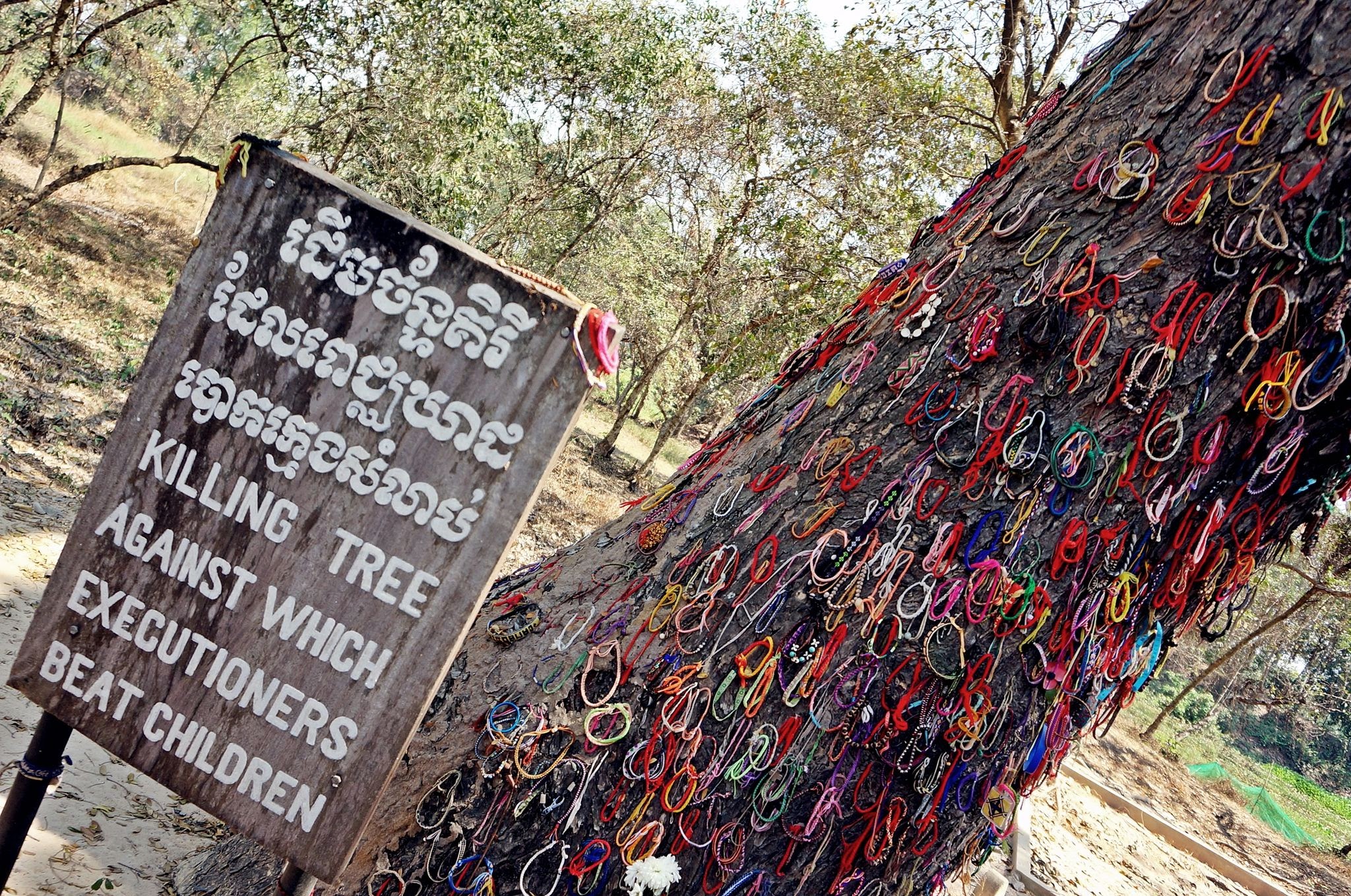 The National Museum of Cambodia in Phnom Penh is Cambodia's largest museum of cultural history and is the country's leading historical and archaeological museum. 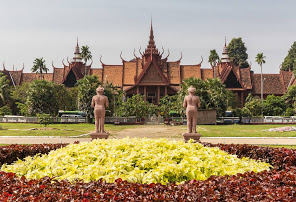 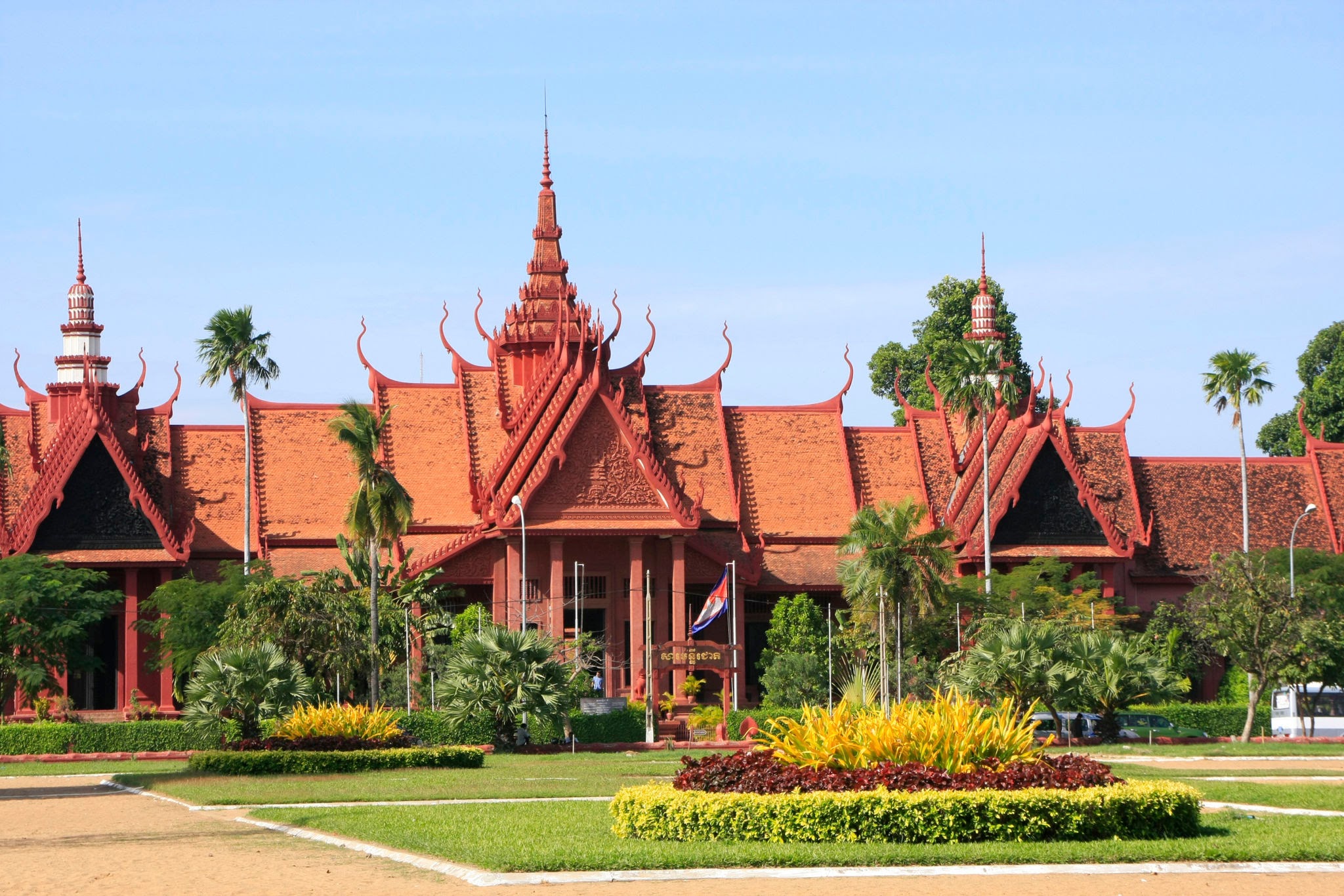 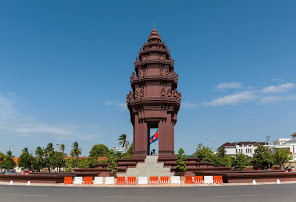 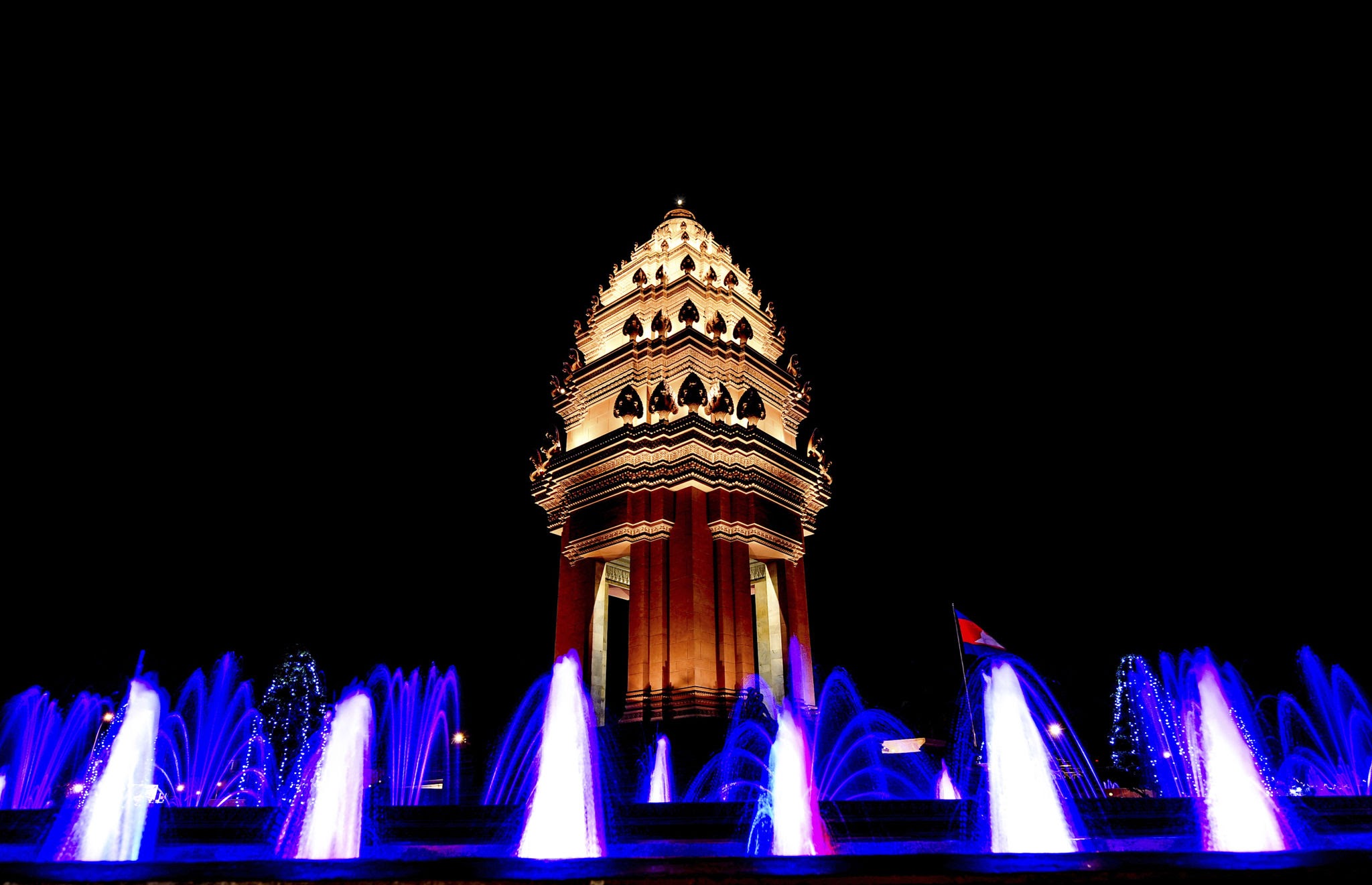 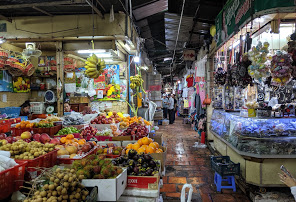 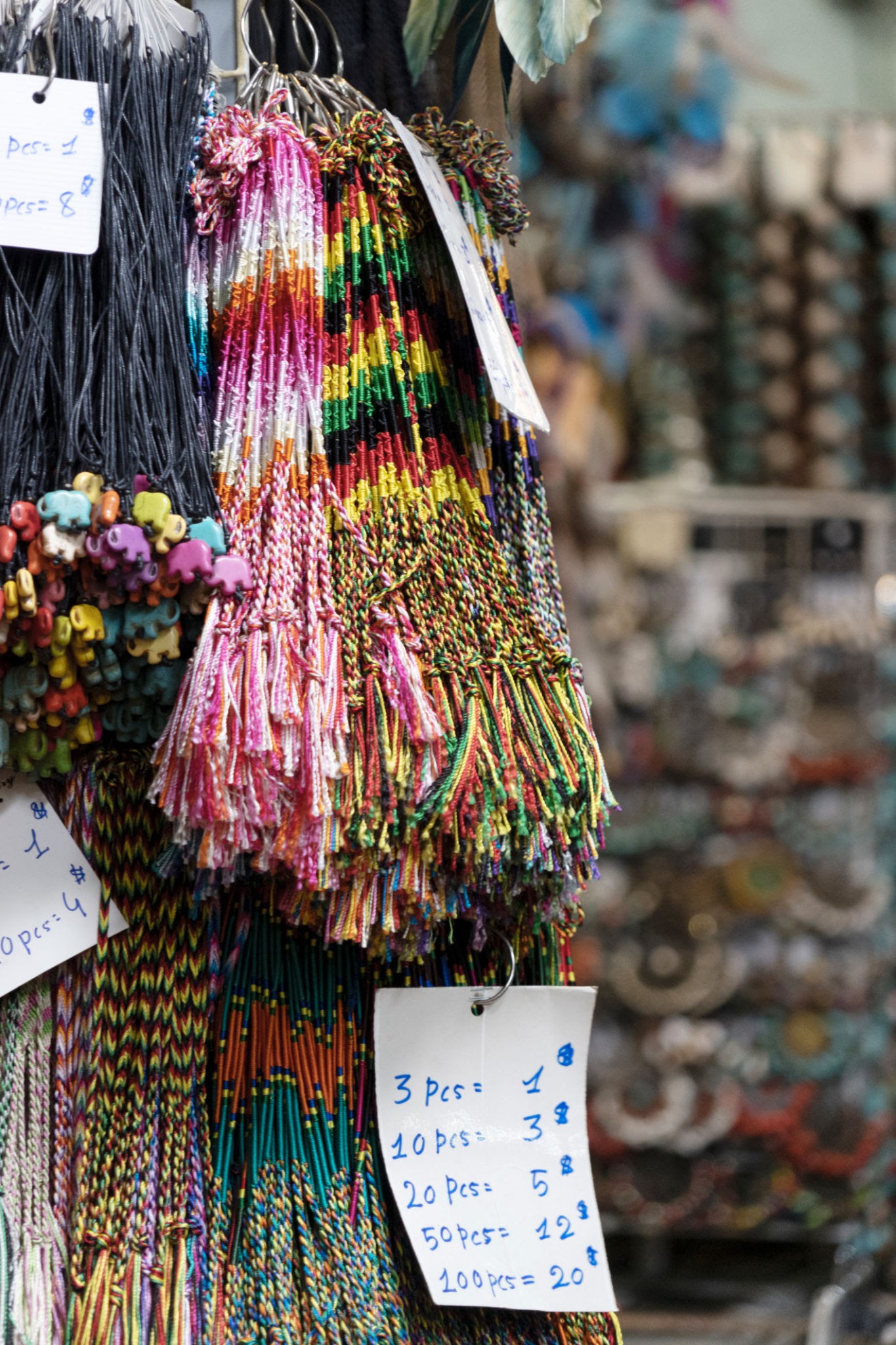